ReelAbilities is the largest national film festival dedicated to celebrating the lives, stories and art of people with disabilities.

Lindner Center of HOPE is proud to be a part of the 2015 ReelAbilities Film Festival organized by Living Arrangements for the Developmentally Disabled (LADD) which runs February 27th through March 7th 2015 in Greater Cincinnati. For the first year, ReelAbilities is including films touching on the subject of mental illness in the festival. For more information about the film festival, click here.

Lindner Center of HOPE is the Host Agency for HERE ONE DAY, a documentary that chronicles filmmaker Kathy Leichter’s move back into her childhood home after her mother’s suicide. The film will be shown at Kenwood Theater on Monday, March 2, 2015 at 7:30 p.m.

Leichter discovered a hidden box of audiotapes. Sixteen years passed before she had the courage to delve into this trove, unearthing details that her mother had kept secret for so long. HERE ONE DAY is a visually arresting, emotionally candid film about a woman coping with mental illness, her relationships with her family, and the ripple effects of her suicide on those she loved. Click here to view trailer.

Following the film, Lindner Center of HOPE will host a brief panel discussion with question and answers with the audience. Jessica Noll, WCPO, will emcee the discussion.

Panel members will include: 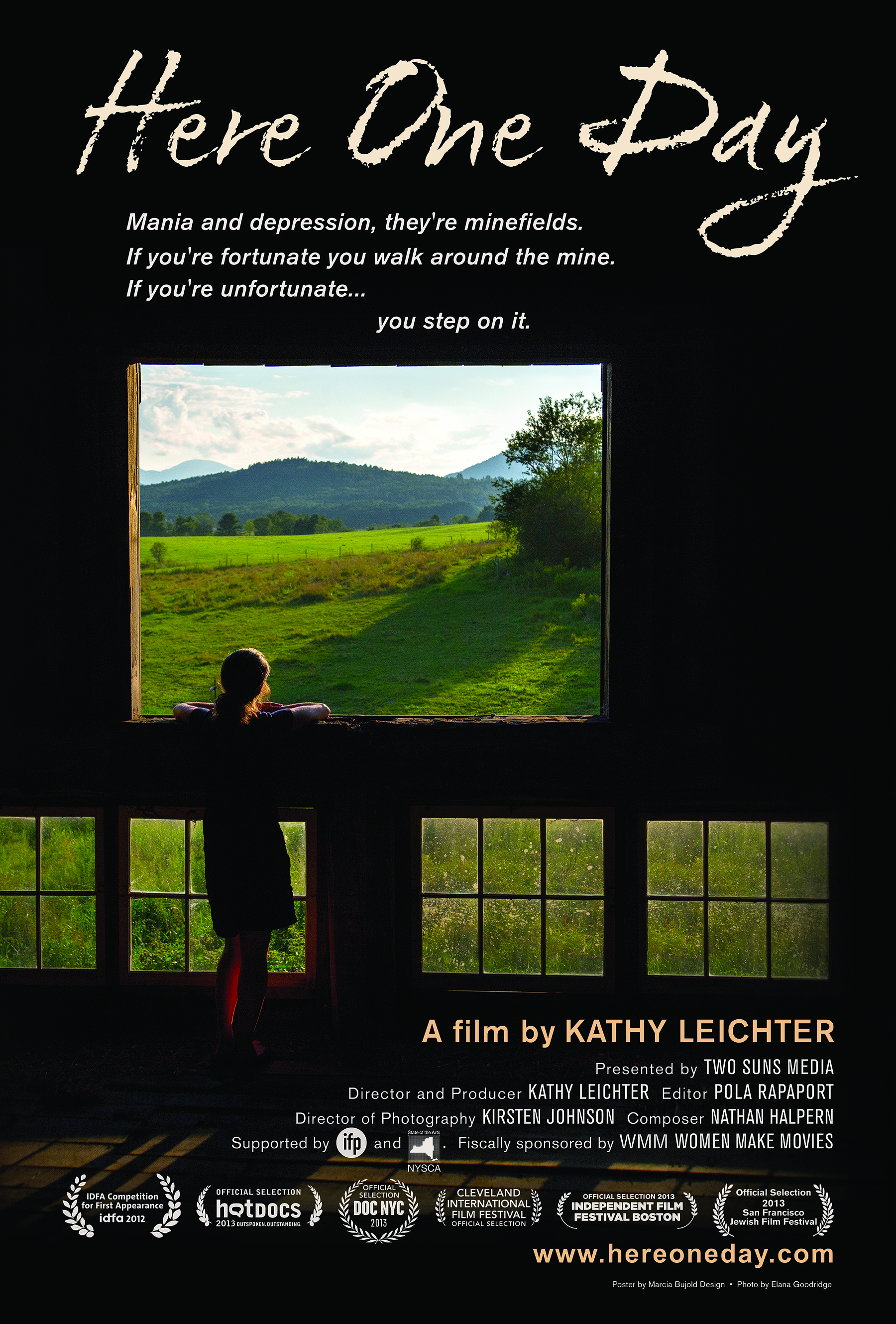 at the Kenwood Theater