Electroconvulsive Therapy: What is ECT Treatment?

Electroconvulsive therapy (ECT) is the gold standard for treatment of certain psychiatric disorders, causing changes in brain chemistry that can immediately reverse symptoms. One of the oldest and most widely used mental health procedures, ECT works quickly, safely and is an extremely effective treatment for when other treatments are unsuccessful. It can be lifesaving.

Treatment appointments can be scheduled Monday through Friday, 7 a.m. to 1 p.m., with new patients starting the process through intake or while a patient in our hospital.

New patients will need to schedule a consultation prior to ECT treatment, by calling 513-536-HOPE (4673).

ECT is a painless medical procedure performed under general anesthesia. A small amount of electricity is applied to the scalp, producing a seizure in the brain – this seizure helps relieve symptoms of depression. ECT does not cause any structural damage to the brain. 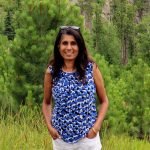 Psychology Today defines trauma as “the experience of severe psychological distress following any terrible or life-threatening event. Sufferers may develop emotional disturbances such as extreme anxiety, anger, sadness, survivor’s guilt, or PTSD. They may experience ongoing problems with sleep or physical pain, encounter turbulence in their personal and professional relationships, and feel a diminished sense of self-worth due to the overwhelming amount of stress.”

Rama Kasturi experienced a number of traumas over the last 10 years of her life. Her mother died from metastatic breast cancer, she herself had a personal mortality crisis as she battled the same breast cancer that took her mother’s life, and in the midst of all of this she also experienced the loss of a beloved pet.  The rubber-band holding her together just snapped. The experiences that would happen to most people over a 30 year period, came crashing in on her over just three years. The force of the stress and resulting trauma caused much of her life to be placed on hold three separate times in the last ten years.  Each time, Rama became hyper- vigilant and unable to sleep for 9-10 months at a time, presenting to the world “like a deer in the headlights”.  Her physical symptoms included acute weight and hair loss.  She became emotionally frozen, unable to feel anything but unremitting anxiety.  She could not perform simple everyday tasks such as bathing, walking her dogs, loading the dishwasher, doing laundry or even talking.  Her children were just 8 years old when she was diagnosed with breast cancer and fell victim to major trauma and she was struggling with not being able to be there for them or herself.  Medications did not help and often resulted in bad reactions and cognitive behavioral therapy also did not help. She often wished that the breast cancer had ended her life.  After the third round of triggered trauma, she asked to be hospitalized, afraid that she was going to just kill herself to end her pain.

Finally an “amazing gift” was given to her.  While on the inpatient unit at the Lindner Center of HOPE, electroconvulsive therapy (ECT) was suggested as a treatment option.  Initially, unsure about the procedure, she decided she was desperate enough to try anything. Rama completed 16 weeks of ECT with Lindner Center of HOPE’s Dr. Nelson Rodriguez.

“My first thought was, oh my God, my life has come to this, I am going to have my brain fried.  However, taking the risk gave me my life back.”

“ECT really reset my hard drive. It gave me back my life, my dignity and my world,” Rama said. “I stopped my last treatment because I knew I was completely well again.”

Today, Rama says, “I am so well, it’s unbelievable.” “I was not in psychiatric treatment before the trauma hit and I am still not in treatment.”  Because of ECT, Rama has been able to be here for her father, her children, her dogs, her friends and mostly for herself. She has written and published a book and is active in various organizations.  “It’s the greatest gift I have been given, to be me again.”

Rama is grateful to be part of destigmatizing ECT and raising awareness about trauma, especially trauma related to a cancer journey. 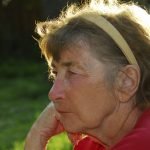 My mom was diagnosed in her 20s with schizophrenia. She and my dad had been together since they were 17 years old. She was functional on medications maintained by her primary care doctor for years, though she had periods where she would slip. My dad was her rock. He passed away in May 2015, my mom was 72, and it was evident that she was slipping again. You could see the grief coming out in her behaviors and she would talk about not being able to focus, even to watch television … things were foggy.

She had gone to counseling but had not seen a psychiatrist in years. Once seen by a psychiatrist, inpatient was recommended. Her psychologist, recognizing she was declining and manic, recommended Lindner Center of HOPE.  She was admitted to inpatient at Lindner Center of HOPE and she spent many days being cared for on an inpatient unit. The psychiatrist noted that she was on a lot of medications and many of them were not consistent with more current psychopharmacology practices. The psychiatrist recommended Electroconvulsive Therapy (ECT). Naturally, there was some nervousness, but she started with six treatments.

After the first treatment, I visited her and she was back. She could have a conversation with me, which was not recently possible with all of her thoughts coming out at once with her mania. After completing the treatments, mom was able to go home for a year. She was hospitalized two more times, usually having more ECT treatments. She could consistently manage for a bit, but the benefits of the ECT would fade.

Now, mom is on a consistent ECT maintenance schedule. It’s been amazing and has changed her life. It brings her to a calm, centered place. She responds well with it. She is 77 now. It was something worth trying and we saw the change like night and day. She can independently live and enjoy her life.

You cannot come to a better place. When we walked into Lindner Center of HOPE, we could feel the stress lifting.

A testimonial shared by Bill Hoying.

At Lindner Center of HOPE, we understand that dealing with the financial implications of mental illness can be difficult. That is why we are here to help. Together we can work through your financial obligations, insurance questions and payment options.

The cost of ECT is at least partially reimbursed by most insurance plans offering coverage for mental disorders. Lindner Center of HOPE contracts with several insurance plans. click here.

Lindner Center of HOPE evaluated some financing options that may be able to assist patients and families. Below are two lending companies, that have experience in assisting families in need of mental healthcare and addictions services. Lindner Center of HOPE provides information about each company, strictly as a resource for patients and families and is not affiliated with and/or endorsing either company.

Prosper HealthCare Lending is the premier financing company in the behavioral health industry. With over $3 Billion borrowed and over 250,000 people empowered, this is a name and a program you can trust.

M-Lend Financial has served the Medical Community for 20 years.

What is ECT Treatment?

Electroconvulsive therapy (ECT or shock treatment) is an extremely safe and effective medical treatment for certain psychiatric disorders. ECT has been used for over 60 years. In the United States, about 100,000 individuals are estimated to receive ECT each year.

Who should receive Electroconvulsive therapy?

What have patients said about Electroconvulsive therapy?

One survey found that following ECT most patients reported that it was no worse than going to the dentist, and many found ECT less stressful. Other research has shown that the vast majority of patients report that their memory is improved following ECT and that if needed, they would receive ECT again.

What is the effectiveness of ECT?

ECT is an extremely effective form of treatment. It is often safer and more effective than medications or no treatment at all. If you have any questions about ECT, please discuss them with your physician.

How is Electroconvulsive therapy given?

With this treatment, a small amount of electricity is applied to the scalp and this produces a seizure in the brain. The procedure is painless because the patient is asleep, under general anesthesia.

When the patient comes to the ECT treatment room, an intravenous line is started. Sensors for recording, EEG (elec­troencephalogram, a measure of brain activity) are placed on the head. Other sensors are placed on the chest for monitoring EKG (electrocardiogram). A cuff is wrapped around an arm for monitoring blood pressure. When every­thing is connected and in order, an anesthetic medication is injected through the intravenous line that will cause the patient to sleep for 5 to 10 minutes. Once the patient falls asleep, a muscle relaxant is injected. This prevents movement, and during the seizure there are only minimal contractions of the muscles.

How many treatments are needed?

What are the common side effects of Electroconvulsive therapy?

The patient will experience some confusion on awakening following, the treatment. This is partly due to the anesthesia and partly due to the treatment. The confusion typically clears within an hour. Some patients have headaches following the treatment. This is usually relieved by Tylenol or aspirin. Other side effects, such as nausea, last for a few hours at most and are relatively uncommon. In patients with heart disease, there is an increased risk of cardiac complications. Cardiac monitoring and other precautions, including the use of additional medications, if required, help to ensure a safe treatment.

ECT may result in memory loss. Two types of memory loss have been reported. The first involves rapid forgetting of new information. For example, shortly following the treatment, patients may have difficulty remembering conversations or things they have recently read. This type of memory loss is typically short-lived and has not been shown to persist for more than a few weeks following the completion of ECT. The second type of memory loss concerns events from the past. Some patients will have gaps in their memory for events that occurred in the weeks to months and, less commonly, years prior to the treatment course. This memory loss also typically reverses following the completion of ECT. However, like with any treatment, patients differ in the extent to which they experience side effects, and more extensive memory loss has been reported by a minority of individuals.

Many psychiatric illnesses result in impairments of attention and concentration. Consequently, when the psychiatric disturbance improves following ECT, there is often improvement in these aspects of thinking. Shortly following, ECT, most patients show improved scores on tests of intelligence, attention, and learning.

Does Electroconvulsive therapy change the structure or composition of the brain?

Brain imaging studies following ECT have shown no changes in the structure or composition of the brain. The amount of electricity used in ECT is so small that it cannot cause electrical injury.