Psychedelic Assisted Psychotherapy for Trauma and other Mental Health Disorders 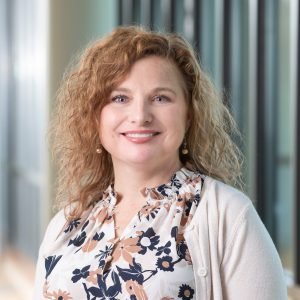 Plants that have psychedelic properties have been used across all continents for centuries to aid in rituals, recreation and in healing. Over time, researchers have found that psychedelic medicines can also be profoundly effective in treating mental illnesses such as depression and anxiety and in ameliorating the effects of trauma.

Although a psychedelic medicine can be derived from a plant or created in a lab, the user will experience what can be described Laurie Little, PsyD as non-ordinary or altered states of consciousness. These states may include hallucinations, unusual perceptual or sensory experiences or an altered sense of space and time. Many users of psychedelic medicines also report profound experiences of inner peace, compassion towards themselves and others and deeply meaningful spiritual realizations. When combined with psychotherapy, psychedelic medicines have the potential to heal in ways often not seen with traditional therapies.

The psychedelic medicines that are most often being studied with mental health conditions are psilocybin (derived from mushrooms), LSD, Ketamine, Ayahuasca and MDMA. There have been numerous studies showing the effectiveness of psychedelic medicines on treatment resistant depression, end of life anxiety, Obsessive Compulsive Disorder, eating disorders and substance use disorders.

One of the most rigorously studied medicine is MDMA for the treatment of Post-Traumatic Stress Disorder (PTSD). In studies conducted by the Multidisciplinary Association for Psychedelic Studies (MAPS), 88% of participants with severe PTSD experienced a significant reduction in their symptoms and 67% no longer met criteria for PTSD only two months after their treatment.

The question remains, why is the treatment so effective? What is it about the combination of psychedelic medicine and psychotherapy that is so profoundly healing?

One possible theory is that psychedelic medicines offer the user an opportunity to look at difficult or traumatic experiences through a new lens that they have never had before. A psychedelic experience can potentially slow down the experience of time, engender feelings of safety and compassion, provide profound experiences of meaning and purpose and foster or deepen a connection to a higher power. Many of these experiences when applied to processing an old wound or trauma can have a profoundly healing impact.

John Doe is a veteran who has seen horrors that most of us cannot imagine. He has spent the better part of his adult years struggling with recurring nightmares, intrusive thoughts and strong feelings of survivor guilt and shame. He lives alone, avoids most people when he can and spends most of his time ruminating about what he should have done differently in his life.

At the behest of his family, John has tried traditional psychotherapy, but has gotten so overwhelmed by symptoms of panic and flashbacks, that he quits. It is too painful to talk about and he assumes it won’t help.

However, when John was given the opportunity to participate in an MDMA assisted therapy session, he was intrigued. He had been hearing more and more about how psychedelics could help with trauma but was afraid to feel hopeful. He had been resigned to feeling this way for so long. He agreed to give it a try.

While taking MDMA, John felt an alert state of consciousness, yet he felt calm and safe in a way that he had not felt for years. He felt at peace and relaxed. When he was gently guided to recall aspects of his past, he did not resist or feel panic like he had before. He was able to recall the events with a certain kind of distance. He could understand now that he was just doing what he could to survive. He could see now for the first time in his life that his so called “enemies” were also doing what they could to survive. He began to realize how true that was for all of the world. After that initial session of MDMA assisted therapy, John was then able to engage in traditional therapy in a way he never could before.

Although many researchers and therapists are aware of how profoundly helpful these medicines can be, there is still a great deal of stigma associated with these medicines. Because these medicines are still illegal in the United States, desperate patients are either travelling to other countries or are finding therapists who are privately using these medicines through “word of mouth”.

The Food and Drug Administration gave approval for certain psychedelic medicines to be researched, as long as they were held to the same standards as other pharmaceutical medications. This has led to a resurgence of new studies showing the safety and efficacy of psychedelic medicines for a multitude of mental health conditions. It is projected that several psychedelic medicines (including psilocybin and MDMA) will become legal and available for therapeutic use within the next one to two years.