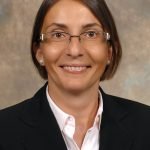 Currently over 50% of the world’s population is living in urban areas with limited opportunity to engage with nature. In North America most adults spend ∼90% of their time indoors. Ecotherapy, also known as nature therapy or green therapy, is the applied practice of the rapidly evolving field of ecopsychology, a term coined by Theodore Roszak in 1992. Ecotherapy builds on the biophilia hypothesis proposed by E. O. Wilson which suggests that human beings are genetically hardwired to “affiliate with other forms of life”. He proposed that the connection humans seek and have with other life forms and nature is deeply rooted in our biology. If prevented from sufficient contact with nature, we are at risk for developing a “nature-deficit disorder” which can lead to negative consequences for our mental and physical health.

It is established through research from all over the world that people with good access to natural environments are more likely to experience wellness. For example, green space has been associated with improvements in cognitive functioning and self-esteem and reductions of depression, stress and anxiety. Blue spaces, defined as environments predominately consisting of water, lower levels of anxiety and mood lability, and are positively associated with self-reported mental and general health. Physical activities in natural settings are associated with less anger, fatigue, and sadness and might reduce the blood flow to the part of the brain responsible for despondency. Mere exposure to nature can be healing, it has been consistently shown that simply looking at environments dominated by greenery or water is significantly more effective in promoting recovery and restoration as compared to milieus lacking nature.

Nature based interventions (NBIs ) include programs and activities engaging people in nature-based experiences to enhance general health through promotion of wellness and prevention of illness. NBIs include interventions that alter the environments where people live and interventions designed to change individual’s behavior (such as promoting walks outside or gardening).

Prescription: A Dose of Nature

Some examples of NBIs as listed below. Of note, nature based interventions can be a helpful adjunct in the treatment of mental illness along with pharmacotherapy and psychotherapy.

A study published in the summer of 2019 examined a representative sample of over 20000 people in England and concluded that a “two-hour “dose” of nature a week significantly boosts health, and life satisfaction”, including among those with long-term illness and disabilities.4  If spending only twenty minutes per day in natural environments can make a difference, it is certainly worth giving it  a try.