An Innovation in the Treatment of Depression

Major depression is a debilitating brain disorder that affects one in 10 adults. It is caused by an imbalance of chemicals in the brain that result in a persistent state of sadness and loss of interest in or pleasure from normal activities. Individuals that have tried medications and psychotherapy to relieve their symptoms, with little or no success, often give up hope. The innovation of Transcranial Magnetic Stimulation (TMS) can improve symptoms and give HOPE to those struggling to live their lives.

Nationally recognized as experts in the treatment of depression, Lindner Center of HOPE psychiatrists offer TMS as an innovative treatment modality that delivers positive results to patients coping with mental illness. TMS is a non-systemic and non-invasive treatment for depression that received the Prestigious Popular Science Award “Best of What’s New” in 2009.

What sets Lindner Center of HOPE apart from other TMS providers is our expertise in the treatment of depression. The Center’s uniqueness and success is a result of years of clinical research and experience in mental illness and its collaboration with academic centers such as Johns Hopkins and the Mayo Clinic through its involvement with the National Network of Depression Centers. Lindner Center of HOPE has the ability to stay abreast of and analyze new literature on advancements and new uses of TMS and not only conducts outcomes research but collaborates with academic centers who conduct additional research in the area of TMS. This collaboration enables the Center to harness current data and continuously look at ways it can be applied to benefit our patients.

For patients, this means the best of the best–the best clinical minds, the best data and the best technology is being applied to achieve successful outcomes.

Click here to read more about the differences between TMS and ECT.

Video from The TMS Center of New England: Introduction to TMS Therapy

TMS is not only life changing, it can be life-saving for some of the most severely depressed patients. At Lindner Center of HOPE, patients are experiencing the effectiveness of TMS and its ability to improve their quality of life. After six weeks of treatment, one in two patients achieves significant relief of symptoms and one out of three experiences complete remission. “After 14 years of struggling with severe depression, multiple medications and numerous psychiatrists, I finally found the complete answer,” said a Lindner Center of HOPE TMS patient. “After a series of treatments, I am in remission and I have my life back. This scientific, medical breakthrough, I predict, will revolutionize the treatment of treatment resistant depression.”

Is TMS right for you?

The psychiatrist will want details about previ¬ous treatment for your depression including counseling history, names of medications, maximum dosage, duration of treatment and reasons treatment was discontinued such as lack of benefit or side effects.

A history and physical examination from your primary care physician is also needed to complete the assessment. At the end of the assessment the psychiatrist will decide if you are a candidate for TMS Therapy. If TMS Therapy is right for you, and you pursue treatment, your next appointment will last two hours. During this visit the psychiatrist will create a plan for your treatment.

Facts about TMS at Lindner Center of HOPE 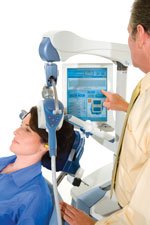 While treatment is administered, patients remain awake while sitting in a comfortable reclining chair.

Each TMS therapy session is a 40-minute outpatient procedure that is prescribed by a psychiatrist, does not require anesthesia or sedation, and patients remain awake and alert. The treatment is typically administered daily for 4 to 6 weeks and the patient is able to maintain their normal routine before and after beginning TMS therapy.

TMS therapy stimulates nerve cells in an area of the brain believed to be linked to depression. A treatment coil is applied to the patient’s head through which the NeuroStar TMS therapy system generates highly concentrated magnetic field pulses that turn on and off rapidly. The pulses continue for the duration of the session.

FDA Approved in 2008 for the treatment of depression.

Insurance policies and benefits vary greatly. Below is an overview of the payment process for TMS Therapy at Lindner Center of HOPE.

The initial consultation with a psychiatrist to determine whether TMS Therapy is a treatment option is typically covered by insurance. Lindner Center of HOPE will collect patient insurance information prior to your appointment and patient will be responsible to pay co-pay or appropriate charges at your consult appointment. Lindner Center of HOPE will then file the claim with your insurance company.

Have you been diagnosed with or are you being treated for depression?

Have you tried anti-depressant medication(s) and failed to achieve satisfactory improvement from your depression?

Are you in generally good health?

TMS Therapy is not covered by insurance in most cases. Are you able to pay for medical services out-of-pocket?

If you answered yes to all of the questions, you may be a candidate for TMS Therapy. Ask your doctor or call 513 536 HOPE and ask about TMS Therapy.

Depression has been linked to abnormal function of nerve cells in a specific part of the brain. Highly focused magnetic field pulses used in Transcranial Magnetic Stimulation (TMS) therapy gently stimulate these nerve cells believed to be linked to depression. Evidence shows that TMS is effective in the treatment of moderate to severe depression in patients with a history of treatment resistant depression. It is also associated with fewer hospitalizations and doctor visits.

How does TMS work?

While treatment is administered, patients remain awake while sitting in a comfortable reclining chair. A treatment coil is applied to the head and the NeuroStar® TMS Therapy System generates highly concentrated magnetic field pulses that turn on and off rapidly.

In clinical trials, patients reported relief from the emotional effects of depression and experienced improvement in anxiety, changes in appetite, body aches and lack of energy – all physical symptoms of depression.

How many TMS sessions will I need?

Once approved by a psychiatrist for TMS, the patient will be scheduled for a treatment series consisting of five treatments per week (once every day except weekends) over a
4-6 week period for an average of 20-30 treatments. Each treatment lasts
approximately 40 minutes.

During a TMS treatment, the patient will feel a tapping sensation on the scalp. TMS therapy produces a loud clicking sound, so earplugs are provided.
The most common adverse reaction related to treatment was scalp pain or discomfort at the treatment area during active treatments. This reaction was brief, mild to moderate in severity and declined markedly after the first week of treatment.

What should a patient expect when receiving TMS?

Treatment does not involve any anesthesia or sedation and patients remain awake and alert during the treatment. Patients are able to drive and return to work or other daily activities immediately after treatment.

What should a patient expect after a TMS treatment?

Since TMS treatment does not involve any anesthesia or sedation. During a treatment session patients remain awake and alert during the treatment. Patients are able to drive and/or return to work and/or other daily activities immediately after treatment.

What are the treatment benefits?

How soon would benefits of TMS treatment be apparent?

Most patients have experienced results by the fourth week of treatment, however everyone is different and some patients may notice benefits over a shorter or longer period of time. During your treatment, a psychiatrist will consult with you to evaluate your progress.

What are the side effects?

The most commonly reported side effect was headache or scalp pain and these side effects were generally mild to moderate and occurred less frequently after the first week of treatment.

What is the difference between TMS & Antidepressants?

TMS Therapy is not a medication so it does not circulate in the blood stream. It does not produce side effects such as weight gain, sexual dysfunction, nausea, dry mouth, and sedation that are often associated with anti¬depressants. The most common side effects reported during clinical trials were headache and scalp pain or discomfort – generally mild to moderate – occurring less frequently after the first week of treatment. In some instances the side effects are so severe that the patient discontinues treatment.

What is the difference between TMS and ECT?

TMS and ECT are both procedures that treat major depres­sion. The important differences between TMS therapy and ECT include:

With any treatment, patients and clinicians should work together to determine the most appropriate option.

Does TMS cause memory loss?

Who should NOT have TMS?

TMS Therapy should not be administered to persons who have non-removable magnetic-sensitive metal in their head or other part of their body that would be within 12 inches of the NeuroStar® Magnetic Coil. Objects that may have this kind of metal include:

It should also not be used by patients with implanted devices that are controlled by physiological signals such as pacemakers, etc. If you have questions about metal or implanted devices in your body, please
consult a Lindner Center of HOPE psychiatrist.