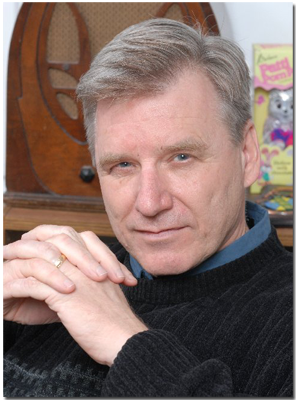 Pete Earley, American journalist and author of CRAZY: A Father’s Search Through America’s Mental Health Madness, will be the keynote speaker at A Night of High Hopes, dinner and auction, on Thursday, April 14, 2016.  A cocktail reception and silent auction will begin at 6:00 p.m., followed by dinner and a speech by Pete Earley at 7:00 p.m. at the Manor House in Mason.

Mr. Earley is a writer, journalist, storyteller, and mental health advocate. After a 14-year-long career in journalism, including six years with The Washington Post, he became a full-time author with the purpose to share and expose stories that entertain and enlighten.  Earley has published 17 books including 4 New York Times bestsellers, including 2007 Pulitzer Prize finalist CRAZY: A Father’s Search Through America’s Mental Health Madness.  When his life was unraveled by the events recounted in his book Crazy, he joined the National Alliance on Mental Illness to advocate for strong mental health public awareness, and ultimately, reform.  His new mission has compelled him to travel to 48 states and multiple countries around the globe delivering speeches to rally around mental health sufferers.

Mr. Earley will talk about his son’s breakdown, his experiences in the Miami Dade County Jail, creative ways to end the jailing of persons with mental illnesses, and his son’s recovery.

A Night of High Hopes is the 8th annual spring fundraiser presented by High Hopes, Lindner Center of HOPE’s fundraising auxiliary. Proceeds from the event will benefit bipolar and mood disorders research at the Center.  Research aids those suffering with bipolar and mood disorders worldwide. Mr. Earley’s book will be for sale at the event, where he will be available for signing.

Event co-chairs Dianne Brown and Ruthie Keefe encourage those interested in attending the event to register by going to https://www.myhighhopes.com.  Reservations are $75 per individual, or $750 for a patron table of 10. For more information, call Kathy Bechtold at 513-791-8133, or email Kathy at: nkbechtold5@gmail.com