But we can outnumber the numbers.

This is the story
of one.

GIVE HOPE TO OTHERS

Mental illness is the number one
health problem facing our nation.

It’s a dangerously silent epidemic. Though the statistics are staggering, mental illness remains shrouded in stigma, and research and access to treatment continue to be severely underfunded.

But there is a path to lasting change. And it starts at Lindner Center of HOPE. Representing the leading edge of patient care and research in mental illness, the Center has served as a lifeline for more than 37,000 patients since 2008.

Taking on the opioid crisis.

We have to win the battle. Before we lose a generation.

Every 8 minutes in America, someone dies from misuse of opioids. Overall, deaths from prescription opioid overdoses in the US now exceed those killed in automobile accidents.

And the crisis has Greater Cincinnati in its grip.

Through treatment, advocacy, and education, Lindner Center of HOPE is committed to devoting the resources necessary to shape the solutions that can end this crisis.

Thanks to the generosity of Cincinnati humanitarians Linda and Harry Fath and Frances and Craig Lindner, there’s never been a more opportune time to make real inroads in alleviating suffering for so many.

The Faths and Lindners have made a commitment to Lindner Center of HOPE and challenge the community to join them in supporting the mission of the Center.

Please join us in taking on two of our community’s and nation’s toughest challenges.

Ending the stigma of mental illness starts with open conversation.

We all have a story and with the Make Waves Project, we’re inviting you to share a little about your – or a loved one’s – mental illness journey. To participate, simply record your story on your smart phone, tablet or computer and send the audio file to makewaves@lindnercenter.org. For help with recording, and to hear other stories, follow the link below.

A leader does not do what has always been done.

Lindner Center of HOPE was established not to replicate what was already in existence in mental health care, but rather to set a new standard.

Founded in 2008 as a non-profit comprehensive mental health center, our unique model includes a state-of-the-science research institute as well as inpatient and outpatient diagnosis and treatment programs.

The goal: become the top-level mental health care delivery system in the nation with outcomes that prove it.

Mental health is a journey. We make hope its constant companion.

“For Frances and me, Lindner Center of HOPE started as a dream and a vision. Every family is touched by someone who suffers from a mental illness.”

The vision for the Lindner Center of HOPE came to life through the compassion and foresight of Frances and Craig Lindner in 2005. Recognizing a true need for comprehensive and quality mental health care in the region, they enlisted a “dream team” to develop a mental health center of excellence that would offer a continuum of care in one location, rather than the fragmented system that existed.

In affiliation with the University of Cincinnati College of Medicine, the Center’s Research Institute not only actively pioneers new disorder findings, but also integrates proven advancements into daily patient treatment and care. Our research encompasses common mental illnesses, including:

Click on an item on the timeline to learn more.

Lindner Center of HOPE designated as a National Center of Excellence by the National Network of Depression Centers.

Craig and Frances Lindner receive the Innovator Award at the 2009 Health Care Heroes Awards Dinner hosted by the Business Courier.

Lindner Center of HOPE becomes a research partner with Mayo Clinic on the Bipolar Biobank.

Construction begins on a building expansion project for an Adolescent Comprehensive Diagnostic Program.

Rapid Access Service added for physicians in need of psychiatric evaluation and treatment.

Lindner Center of HOPE designated as a National Center of Excellence by the National Network of Depression Centers.

Craig and Frances Lindner receive the Innovator Award at the 2009 Health Care Heroes Awards Dinner hosted by the Business Courier.

Lindner Center of HOPE becomes a research partner with Mayo Clinic on the Bipolar Biobank.

Construction begins on a building expansion project for an Adolescent Comprehensive Diagnostic Program.

Rapid Access Service added for physicians in need of psychiatric evaluation and treatment.

Mental health issues are never one-dimensional. That’s why at Lindner Center of HOPE, under the leadership of president and CEO Dr. Paul E. Keck, onsite multidisciplinary teams work collaboratively to tackle even the most challenging mental health conditions. This gives us the understanding to treat each patient with a highly individualized care plan best suited for their needs.

As CEO of Lindner Center of HOPE, Dr. Paul E. Keck provides leadership and direction for the overall operation of the Center. A noted researcher in bipolar disorder and psychopharmacology, Dr. Keck has been the 7th-most cited scientist in the world in the fields of psychiatry and psychology for the past decade. He is also listed among “The World’s Most Influential Scientific Minds” by Science Watch, a leading Web resource for science metrics and analysis.

Through programs at Sibcy House, and Williams House, we also offer inpatient and outpatient treatment and recovery support for opioid use disorders and other addictions.

We are addiction experts.

At the core of treatment and care at Lindner Center of HOPE is the understanding that addiction is a chemical, DNA-driven disease of the brain. We meet people where they are. We’ve assembled a strong team of addiction specialists who create individualized plans for each patient and surround them with compassion and an unwavering dedication to their recovery.

Mental illness is often an underlying cause of addiction. Lindner Center of HOPE is uniquely positioned to treat addiction and mental illness together.

Our dream is to be able to make people healthy enough to follow theirs.

In 2007, I was diagnosed with depression. I was stunned, afraid and helpless, and did not understand what this was, and why this was happening to me. I went to see a myriad of psychologists and psychiatrists who prescribed countless antidepressants, but I seemed to be slipping further and further away.

Then in 2009, desperate for relief, I saw Dr. Nelson Rodriguez at Lindner Center of HOPE. Dr. Rodriguez suggested I take a GeneSight test that was developed by Assurex Health in Mason, OH. As Dr. Rodriguez says, “it’s like a GPS for your brain.” The test results provided an understanding of the impact several medications would have on me, based on my genetic make-up.

With my test results, Dr. Rodriguez created a treatment plan for me. I was prescribed one medication and Electroconvulsive Therapy (ECT) treatments. The combination of medication and ECT brought me back to life again.

My dream is to publish two books: a cookbook to share my ancestral heritage and other recipes, and a second book to share my survival story of suffering from depression, heart disease, and past abusive relationships. 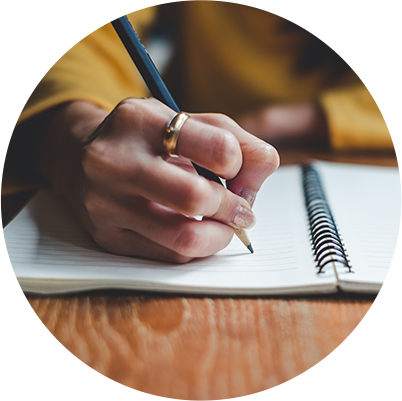 I want to shout from the rooftop to tell anyone suffering from mental illnesses that miracles can happen. Faith, hope, tenacity, and a positive outlook – combined with the most amazing team of doctors – are now available to help us conquer the stigma, helplessness and excruciating suffering from depression and other illnesses to make us whole again. I strive to make every day count and have the biggest smile of hope – raising awareness for this needed cause. Never give up. There is hope and we will survive.

Luke* epitomized the all-American teen. The 17-year-old’s grades were tops in the state of Connecticut. He was beloved by friends and family, and considered an all-around “good kid” by everyone who knew him.

In early spring of his junior year, however, Luke started experiencing concerning mood swings and paranoid behavior which led to violent incidents and calls for police help. Despite seeking help from his physicians, Luke’s symptoms continued.

Eventually, he was admitted to Williams House at the Lindner Center of HOPE.

Luke’s symptoms were diagnostically complex, but seemed to point to sudden onset, rapid cycling bipolar disorder. Four psychiatrists were consulted on the case, including Drs. Paul Keck and Susan McElroy, world renowned bipolar researchers. A physical therapist at UC was also engaged, as Luke expressed a need for a physical outlet. The Center’s collaborative nature and the unit’s adaptability allowed us to accommodate Luke’s complex needs.

Luke discharged from Williams House with a medication regimen and supports in place. 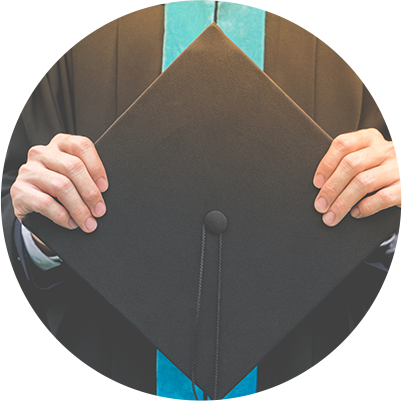 His grateful parents, Gretchen and Robert, understand what’s ahead. “This is a marathon. The staff worked with Luke to help him reframe how his senior year might look.”

“He came to understand that it’s okay to give himself time to heal. This is foundational as we move ahead. We feel it was a great blessing to start at Lindner.”

“I want to shout from the rooftop to tell anyone suffering from mental illnesses that miracles can happen.”

Benjamin was 32 years old when he developed cancer. After the initial treatment, he was in remission for a year and a half before the cancer came back with a vengeance. The next time around, the fight was even more difficult and the pain unbearable. Fortunately, the cancer went into remission again, but in 2004, Benjamin suffered a work injury. His doctor prescribed painkillers, which he renewed frequently. After years of use, he knew he had a problem. “My husband knew it, too. He was going to leave me after 15 years together,” Benjamin said.

Benjamin had started buying pills off the street too, draining his savings. And he consistently used his entire paycheck to purchase the drugs.

“I can’t go back to where I was,” Benjamin said. “I cannot express enough how much the staff there helped me in my recovery.” 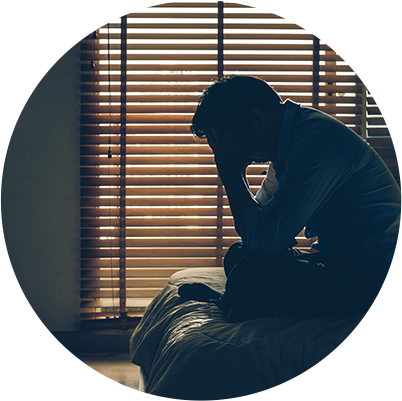 ”I don’t think I would have come this far and stayed sober without the Lindner Center!”

For others struggling, Benjamin says, “They should imagine the darkest place they’ve been in their lives and acknowledge they don’t want to be there. You have to want help, and you got to start right now.”