Caught in the weeds: The impact of cannabis on mental health

Legalization of cannabis is rapidly expanding across the world. To date, 17 states (and DC) in the US have legalized marijuana for all uses, and another 19 states have legalized it for medical purposes only. The media tends to portray cannabis and its constituents, as safe, natural items that have potential to provide benefit. As medical marijuana dispensaries and CBD stores seem to be popping up all over, it is important for us to recognize the impact of cannabis on mental health and how it may affect vulnerable populations, such as young people. Clinicians and patients alike should be aware of the current state of scientific evidence and possible risks posed by cannabis use. 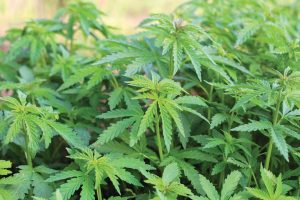 Cannabis is a complex plant composed of hundreds of compounds including THC (9delta-tetrahydrocannabinol, the main psychoactive component) and CBD (cannabidiol, purported to offer many health benefits). There are currently several medications approved by the FDA that are cannabis-related: dronabinol and nabilone (synthetic THC containing meds used for chemotherapy-related nausea and for appetite/weight gain in HIV patients), and recently-approved Epidolex (cannabis derived which contains CBD used for the treatment of rare childhood seizure disorders, Dravet syndrome and Lennox-Gastaut syndrome). These were extensively studied and underwent the typical FDA process for approval as effective and safe medications for these purposes. Other uses of cannabis are largely unregulated.

Using “medical” marijuana varies by state and is a much different process from taking an FDA approved medication which has been rigorously studied. Since it is designated DEA schedule I by the federal government, large scale studies on cannabis have been limited in the US. The current scientific evidence on cannabis remains mostly observational data and animal studies, rather than the gold-standard randomized controlled trials in humans. There is an ongoing need for well-designed research in this area to better understand the possible therapeutic benefits and safety profile of cannabis and to differentiate the effects of its constituents. Current evidence suggests that cannabis may help chronic pain, nerve pain, and spasticity in certain patients. There is limited and inconsistent evidence that CBD in particular may have benefit in treatment-resistant anxiety, social anxiety, and insomnia. However, other studies show that whole-plant cannabis worsens existing anxiety and mood. Notably, there IS consistent evidence that cannabis increases the risk for developing a psychotic disorder in vulnerable individuals and exacerbates psychotic symptoms. Cannabis use in anyone with a history of an addictive disorder may trigger another cross addiction or contribute to someone falling back to an old addiction.

Safety considerations must be taken into account regarding cannabis. Today’s whole-plant cannabis is generally more potent (higher levels of THC) than it was historically. How it is consumed also plays an important role—vaping allows for a higher percentage of THC to be absorbed quicker and therefore may be more likely to trigger adverse mental health reactions such as anxiety and paranoia. Edibles can cause problems for users who expect a quicker onset of action leading to higher levels of consumption to achieve a desired effect. Interactions with other medications do occur. For instance, certain psychiatric meds may alter the breakdown and elimination of THC and CBD, and vice versa.

What may be the area of greatest concern is the impact of increasing cannabis acceptance and legalization on young people. A recent study demonstrated that earlier use of all substances including cannabis was associated with increased risk for developing a substance use disorder later in life.  Cannabis use has been shown to have adverse effects on IQ and executive functioning. Moreover, younger onset of marijuana use is associated with lower overall neurocognitive functioning. Youth who engage in marijuana use, also report taking part in other risky behaviors such as using other substances like nicotine and alcohol, and driving after marijuana use. As such, there is grave concern that cannabis use in this age group could lead to significant problems.

While ongoing high-quality research is needed in this area, current available evidence does NOT show consistent benefit for cannabis (including CBD products) on mental health symptoms and it may instead exacerbate symptoms. Patients should be encouraged to use caution and to have open conversations with their mental health and medical providers about cannabis use in order to understand how this may impact their mental health. Clinicians should be aware of the risks of cannabis use particularly for adolescents and should help prevent use in this specific population.

Levinsohn, E & Hill, K. Clinical uses of cannabis and cannabinoids in the United States. Journal of the Neurological Sciences. 2020; 116717