Psychological Disorders and Their Impact on Cognition 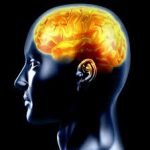 Fortunately, our culture has recently seen a gradual erosion of the stigma regarding emotional disorders, along with an increased understanding of such conditions. However, a less well-understood aspect of emotional disorders is the impact that they have on the cognitive functioning of those who are afflicted. Disorders such as Major Depression, Bipolar Disorder, Generalized Anxiety Disorder, Obsessive-Compulsive Disorder, and Schizophrenia all tend to interfere with one’s ability to access the full extent of their cognitive abilities, adding to the burden that these conditions create.

Regarding Major Depression, it is the one disorder that the DSM-V lists cognitive difficulties as one of the diagnostic criteria (diminished ability to think or concentrate, or indecisiveness, nearly every day). As a neuropsychologist, I routinely encounter patients who are all too aware that their depression impacts their ability to think clearly, to focus, and to recall everyday interactions. Part of the reason for this is that depression causes a reduction in processing speed, as well as the energy that it takes to attend to conversations and events. Difficulties with maintaining attention, and “keeping up” with things going on around them, these patients experience troubles recalling information, sometimes so profoundly that they begin to fear that they may have dementia. However, as their depression is more effectively treated, they regain full access to their cognitive skills and abilities.

Anxiety disorders also are accompanied by significant cognitive difficulties, for a couple of reasons. First, when the mind is anxious, most of the brain’s resources (blood flow, oxygen, glucose, etc.) are redirected to the emotional centers of the brain (the limbic system), and away from parts of our brain that mediate higher-level thinking and logic. Secondly, those who are anxious tend to be rather “internally-oriented” in their thinking, and so they are not as attentive to external events. In other words, because they become preoccupied with their fears and worries, the ordinary events of the external world can be largely overlooked. As a result, these ordinary events are not well-encoded into the memories of anxious patients, and therefore they cannot easily be recalled. As with depression, as anxiety becomes better managed, these cognitive issues largely resolve.

Fortunately, over the past 20 years there have been treatments and interventions to address such cognitive difficulties. Cognitive Enhancement Therapy, or CET, has been developed and implemented for the mentally ill for whom cognitive problems are getting in the way of living independently, maintaining employment, and sustaining meaningful relationships. It has proven to be an effective means to address such difficulties, and for providing a much higher quality of life. It is anticipated that, as the benefits of CET become more evident to those working with the mentally ill, its positive impact will widen in both its breadth and depth.