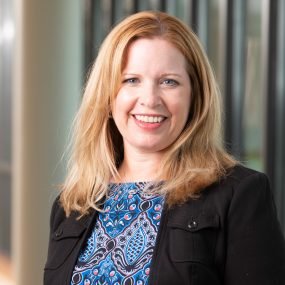 Dr. Farley is a psychotherapist and neuropsychologist who specializes in the assessment and treatment of children, adolescents, and young adults. With regard to neuropsychology, she has a particular interest in the assessment of cognitive disorders such as Attention-Deficit/Hyperactivity Disorder and learning disorders as well as diagnostic clarification of how affective or mood disorders such as anxiety or depression complicate one’s cognitive and socio-emotional functioning. She also conducts individual and family therapy for individuals suffering from a wide range of struggles, from adjustment problems and/or poor self-esteem to symptoms associated with intense anxiety or depression.

Prior to working at Lindner Center of HOPE, Dr. Farley worked within an outpatient practice affiliated with the University of Cincinnati’s Department of Psychiatry conducting therapy and neuropsychological evaluations with children, adolescents, and adults. She also helped obtain data for an National Institute of Health-funded longitudinal study evaluating neurodevelopmental effects of antiepileptic drugs in young children, a study that was published in the New England Journal of Medicine in 2009.