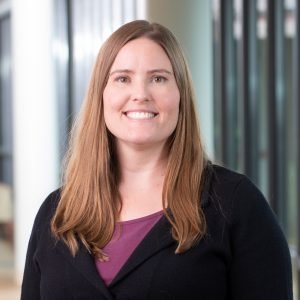 The sympathetic nervous system (SNS) is responsible for our “fight, flight or freeze” response and has been essential to our survival since beginning of our existence. In the case of traumatic, threatening emotional, mental and physical experiences, this fear response can become altered.  Connection between the amygdala and hypothalamus causes change to the hypothalamic-pituitary-adrenal axis (HPA), increasing cortisol levels and increased HR, increase respiratory rate, hypervigilance, and sleep disturbance. There are several neural connections and neurotransmitters acting on the amygdala contributing to fear response, and medication management has its risks. In hopes to improve overall outcomes of patients, many people and practitioners have utilized complementary and alternative medicines (CAM).

Yoga is probably the most known and utilized form of CAM in the united states. Yoga has been practiced for thousands of years to heal both physical and mental ailments. Philosophically, Yoga is defined as “Union”, and often interpreted as “union to the divine within”. Union is achieved through pranayama- breathing and asanas- postures.  This ancient Eastern tradition has gained popularity due to the awareness of the mind-body-spirit, holistic approaches in America and Europe. There is now a fair scientific understanding and body of research validating its potential benefit as an integrative intervention.

There are several benefits to incorporating yoga that could benefit people with trauma. It is important to assess one’s state of stability prior to introducing yoga therapy. In yoga philosophy, the concept of krama means “in the correct order” and can reduce risk of additional pain and suffering caused by the treatment. Just as establishing a sense of safety prior to other trauma therapies is essential, it is also to do so with yoga.

Controlling the length of inhale and exhale and manipulating the diaphragm stimulates the Vagus nerve or CN X and parasympathetic response to “rest and digest”. This effectively promotes cardiac relaxation, decreases contractility in the atria and ventricles (less-so). Primarily, it reduces conduction speed through the atrioventricular node. CN X can lower cortisol levels via modulating the hypothalamic-pituitary-adrenal-axis. Which is thought to be hyperactive in people with trauma and stress disorders. 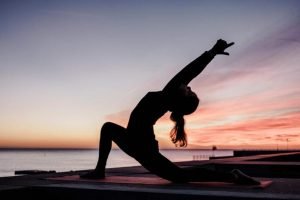 Vagal tone is the body’s ability to successfully respond to stress. One study, by a team in Boston University School of Medicine (Streeter et al, 2012), hypothesized that Yoga effected the autonomic nervous system to improve stress response in PTSD. Using ujjayi pranayama (form of resistance breathing popular in Hatha yoga)  they found “increased relaxation response and increased heart rate variability” thus resilience to effects of stressors It is well understood that yoga has a calming action on the nervous system and is valuable as an adjunct treatment for those with trauma and stress related disorders.

In yoga there are two major concepts that can have psychological benefit. Chitta is the inner processes and capacity of attention and focus inward; and samskaras- the storehouse of past actions, self-beliefs/messages. In yoga the use of asanas, pranayamaand meditative practice- one works towards awareness and letting go of these unhelpful attachments that are stuck in the mind and body. As we know in people who have survived trauma, emotional scars can be felt throughout the body and leave scars of psychological destruction. Yoga offers a loving message of positive, self-compassion and promotes a gentle, non-judgmental environment.  Letting go of negative self-beliefs has many benefits psychologically.

After a trauma, in my experience and in DSM V criteria, one’s self-perception of negativity as well as negative beliefs about the world can damage spirituality or connection to a power greater than oneself.  In yoga the common ending to a practice is to bow in honor and say “Namaste”. Which translates into “the Divine light within me sees, honors and respects the Divine light within you”. For those with trauma, believing there is light within them that can shine again, can be the key to transformational healing. Yoga is not a religion, and it does not promote worship of any deity, instead “God” is expressed as truth, light, love and energy that is flowing through the universe.  Religious and non-religious can benefit from the spiritual practice of Yoga.

Yoga has proven its place in the holistic approach to mental health treatment, and because the only requirement is to be able to breathe, it is accessible to anyone who can breathe.  It has been said about yoga, by a great teacher… the breath is a wonder drug! I hope you consider utilizing a yoga practice for yourself or recommending it to someone who could benefit.