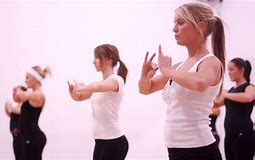 The question of “What causes mental health disorders?” is the eternal question on the field of psychiatry. The most widely accepted theory as to the cause of depression thus far has been the neurotransmitter theory; however even with correct diagnosis and appropriate treatment “between 40% and 70% do no respond to treatment, or only partially, while roughly half of patients who do achieve full remission following txt for severe depressed mood relapse within 2 years even when continuing on antidepressants.” (Greenblatt & Brogan, 2016; Keitner & Mansfield, 2012). Even when we place patients on medications meant to boost their neurotransmitters, often remission of mood disorder symptoms is elusive. Therefore, it behooves us as clinicians to seek out complementary and integrative methods (CIM) for treating for mood disorders that can augment or sometimes replace traditional medical treatments.

One method of CIM includes Mindfulness and Meditation. Broadly, this is described as cultivation of awareness, relaxation, focused attention and stillness. This is a methodology pioneered by Jon Kabat-Zinn. Release of serotonin, GABA, dopamine and melatonin occurs during meditation (Newberg, 2010). Since 2009, roughly 10 studies have examined the efficacy of mindfulness practices with patients who were unresponsive to antidepressant therapy. Three-quarters of these studies showed statistically significant reduction in Ham-D scores (Jain, 2015). Mindfulness has been suggested to have the ability modulate the immune system itself as demonstrated in HIV-infected adults who show increased in circulation of CD4+ T lymphocyte counts (Cresswell, 2009).

Another method of CIM includes Spirituality/Prayer. Many of my patients experience depression surrounding some pretty heady questions such as “What is my purpose in life? What was I created for? What happens after I die?” Becoming involved in a faith community, and engaging in spiritual practices associated with that community increase a sense of belonging and self-worth in a person, which leads to overall improved mental health. “In a systematic review of 850 studies of religion and mental health, religion was associated with greater overall well-being in 79% of these studies, lower suicidality in 84%, lower depression 66% and lower anxiety in 51%.” (Koenig, 2001).  Also, it’s postulated that while a sense of well-being and purpose provides greater benefit in preventing depression, a positive relationship with God provides greater benefit after onset of depression.

Another method of CIM includes Yoga and Movement therapies. Yoga and other movement therapies such as Tai Chi or Qi Gong have been found to be helpful for depression, ADHD, anxiety and chronic pain and are especially helpful in vulnerable populations such as pregnancy, adolescents or the elderly. When combined with meditation, this is an incredibly effective therapy, and the beauty of Yoga practice is that even 15 minutes a day can be helpful, so it’s not time-consuming. Yoga practitioners downregulate their HPA axis and modulate their cortisol levels (Sieverdes, et al 2014). Yoga and Tai Chi also have excellent indication for sleep duration with less arousal time. The mechanisms that are involved in the effects of yoga on stress response include the following: positive affect, self-compassion, and inhibition of the posterior hypothalamus and salivary cortisol (Riley, 2015).

Another method of CIM includes Exercise. With depression, often the patient becomes isolated, withdrawn, with poor motivation. This leads to increase in sedentary behaviors. Therefore, it’s important to increase activity in the form of exercise. The higher the dose, the lower the risk of relapse rates in patients with MDD, with 10 days being sufficient to begin seeing an improvement in mood (Knubben, et al, 2007). Exercise increases rate of neurogenesis, production of BDNF, increases serotonin by increasing tryptophan, increases norepinephrine, increases phenylethylamine, decreased cortisol, increase endorphins, and increases dopamine (Greenblatt & Brogan, 2016). It’s hypothesized that exercise helps the brain deal more efficiently with stress by enhancing the body’s ability to respond to stress, and coordinating the sympathetic nervous system response (McWilliams, 2001).

Another method of CIM includes appropriate Nutrition. There is an ongoing discussion about the gut-brain connection and the impact that our nutritional choices have on our mental health. The typical Western Diet consist of high fructose foods or beverages, transaturated fats, with large amounts of carbohydrates in the form of bread products. Sugar and gluten are both incredibly inflammatory, and alter the microbiome of the gut. Factors like alcohol, antibiotic use, NSAIDS, cytokine production, and psychological stress increase also intestinal permeability (Greenblatt and Brogan, 2016). So our dietary choices do have great impact on our mental health. Gluten attacks an enzyme involved in the production of GABA (Kramer & Bressnan, 2016). Patients with schizophrenia and autism are at higher risk for intolerance to gluten, and respond very positively to gluten-free and casein-free diets. Higher dietary fiber content was associated with lower odds of depression; increased consumption of vegetables and nonjuice fruit was associated with lower odds for depression; added sugars, but not total sugars or total carbohydrates, to be strongly associated with depression incidence (Gangswisch, 2015). It’s important to remember that sugar is not the enemy here, but excess sugar is. As with most things in life, balance is key.

At Lindner Center of HOPE, an Integrative Mental Health consult service incorporates the above treatment modalities, aimed at addressing mental health disorders as holistically as possible. The goal is to strive for recovery with the whole person in mind.