Two of the Largest Mental Health Donations Ever Received in North America Will Fund Clinical, Research, Capital and Education Initiatives

Cincinnati business leaders and philanthropists Linda and Harry Fath have pledged a $50 million challenge gift, while Frances and Craig Lindner have made a $25 million commitment in response to this challenge. The gifts, to be given over their lifetimes, are the largest ever received by the Center, and two of the largest in North America made by individuals in the area of behavioral health.

The gifts underscore the Center and the Cincinnati region as national leaders in mental health care.  The need is critical as mental health disorders affect more people nationally than cancer, heart disease, and diabetes combined.1 However, research and access to treatment are severely underfunded in comparison.

“My family believes in the power of the Lindner Center of HOPE’s diagnostic and treatment programs to help people who have lost hope,” Mr. Fath said. “It is time to break the silence associated with mental health and recognize much more must be done to understand, treat, and care for people with mental illnesses.

“We would like to challenge the community to match our gifts,” Mr. Fath continued. “Our hope is that over time we will raise well in excess of the $75 million announced today. This would truly put the Center in a position to accomplish the original dream of establishing the nation’s leading comprehensive facility for mental health care.”

The Faths have devoted their time, talent, and resources to causes benefiting Greater Cincinnati and the world.  Mr. Fath, a lawyer and entrepreneur, is owner of Fath Properties, a real estate management firm.

“Frances and I were so moved by the incredible generosity of Linda and Harry Fath that we have decided to contribute an additional $25 million to the endowment fund,” said Mr. Lindner, who founded the Lindner Center of HOPE along with his wife, Frances.  “Our hope is that others will join us in the effort to help more people on the road to mental wellness through the Lindner Center of HOPE.”

Mr. Lindner, co-CEO and co-president, American Financial Group Inc., is the board chair of the Lindner Center of HOPE.  In the decade since its founding, the Center has served nearly 30,000 patients from around the world and earned “Top Performer on Key Quality Measures®” recognition from The Joint Commission.

The Lindner Center of HOPE will honor the Faths’ extraordinary generosity by naming:

“One in five American adults experiences a mental illness.2 It is the leading public health issue in our community and our nation,” said Paul E. Keck, Jr., MD, president and CEO of the Lindner Center of HOPE.  “The Faths’ and Lindners’ generosity will kick-start our ability to enhance our staff, develop new treatment programs, and expand our research efforts to break new ground in mental health treatment.”

The funding will support the development and expansion of new clinical programs to provide treatment for conditions including depression, schizophrenia, bipolar, substance use, and eating disorders.  It will help fund research, professional education, and capital improvements at the Center.

A portion of the gifts will be earmarked to provide patient financial assistance and public outreach to reduce stigma.  According to Dr. Keck, significant challenges still exist to fight the stigma associated with mental illness, including in the level of reimbursement provided by the federal government and private insurance carriers.

A National Center of Excellence

The Lindner Center of HOPE is a charter member of the National Network of Depression Centers. Its Research Institute is a lead contributor in groundbreaking programs, such as the Mayo Clinic’s Individualized Medicine Biobank for Bipolar Disorder, which is studying the connection between gene types and medicines that treat disease.

“Through these lead gifts, the Faths and Lindners are inspiring everyone with a passion to improve mental health care to join them in supporting Lindner Center of HOPE,” said Dr. Keck. “This is not a conclusion but a beginning.  Together, we can ensure that people have access to life-changing care now and into the future.”

About the Lindner Center of HOPE

Lindner Center of HOPE in Mason is a comprehensive mental health center providing patient-centered, scientifically advanced care for individuals suffering with mental illness. A state-of-the-science, mental health center and charter member of the National Network of Depression Centers, the Center provides psychiatric hospitalization and partial hospitalization for individuals age 12-years-old and older, outpatient services for all ages, diagnostic and short-term residential services for adults and adolescents, outpatient services for substance abuse through HOPE Center North location and co-occurring disorders for adults and research. The Center is enhanced by its partnerships with UC Health and Cincinnati Children’s Hospital Medical Center as their clinicians are ranked among the best providers locally, nationally and internationally.  Learn more at LindnerCenterofHope.org. 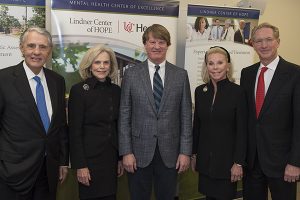 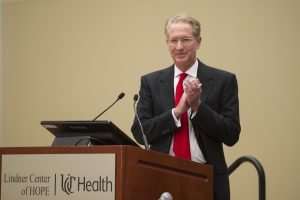 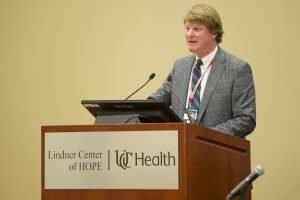 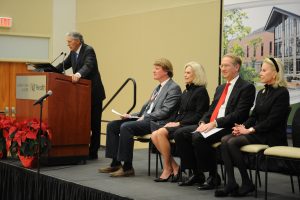 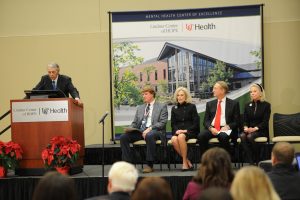 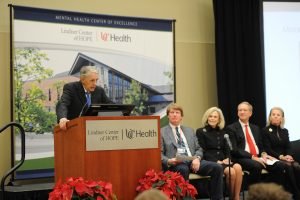 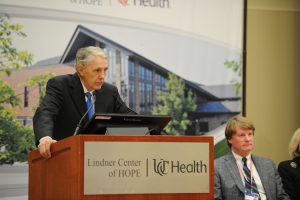 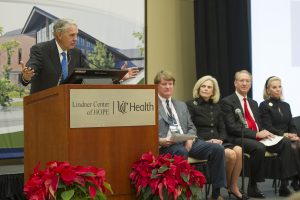 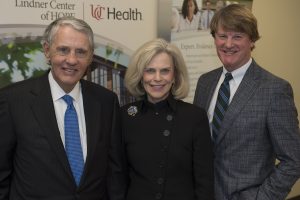 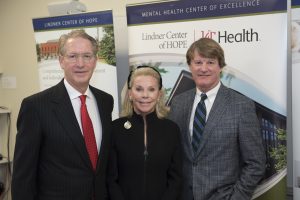