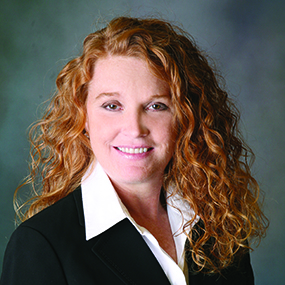 Dr. McElroy is internationally known for her research in bipolar disorder, eating disorders, obesity, impulse control disorders and pharmacology. She is the author of over 400 scientific papers in leading medical journals and was the 8th most cited scientist in the world published in the fields of psychiatry and psychology since 1996. She has also authored over 150 reviews and chapters in major psychiatric textbooks. Dr. McElroy is the editor or author of 4 scientific books and serves on the editorial boards of 5 journals.

Dr. McElroy has been the recipient of numerous awards and honors including being recognized among the Best Mental Health Experts by Good Housekeeping Magazine; Best Doctors in America, a directory of the top one percent of physicians in the United States as rated by their peers; Top Doctors in Cincinnati by Cincinnati Magazine; Best Doctors in Dayton by the Dayton Business Courier; and, as one of America’s Top Psychiatrists, by the Consumer Research Council. Additionally, she was a recipient of the Phillip L. Isenberg Teaching Award for dedication and excellence in the education of residents, McLean Hospital and Harvard Medical School; the Golden Apple Award for excellence in teaching of residents, University of Cincinnati College of Medicine; and a co-recipient of the Gerald L. Klerman Young Investigator Award of the National Depressive and Manic Depressive Association.