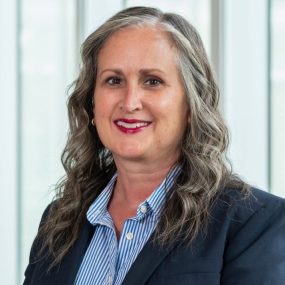 Ms. Bunker serves as a staff therapist at Lindner Center of HOPE. She attends to adolescents and adults in the outpatient setting.

Her academic studies are complemented by over 27 years of experience in clinical practice.

Prior to joining Lindner Center of HOPE, she has worked at a residential treatment facility, community mental health agencies both in Chicago and Cincinnati, then at Cincinnati Children’s Hospital Medical Center (CCHMC) where she has worked both in the Emergency Department performing Emergency Psychiatric Assessments and later in the Outpatient Department as an outpatient therapist. While at CCHMC she helped to train medical students and resident physicians in topics related to Dialectical Behavior Therapy as well as eating disorders.

She is a specialist in DBT and in the treatment of eating disorders.