Dangers of Dieting: Why Dieting Can Be Harmful 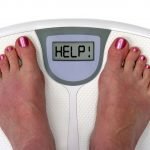 An estimated 45 million Americans diet each year and spend $33 billion annually on weight loss products. WebMD lists over 100 different diets, starting with the African Mango diet, moving on to the South Beach and Mediterranean diets and ending up with the Zone. Most diets, regardless of their particular nature, result in short-term weight loss that is not sustainable. Weight cycling or recurrent weight loss through dieting and subsequent weight gain (yo-yo effect) can be harmful for mental and physical health for both healthy weight and overweight individuals. Furthermore, weight fluctuations have been related to increased risk of development of cardiovascular disease, Type 2 diabetes, and high blood pressure.

The word “diet” originates from the Greek word “diaita”, literally meaning “manner of living”. In the contemporary language, dieting is synonymous with a quick fix solution for an overwhelming obesity epidemic. Dieting implies restriction, limitation of pleasurable foods and drinks, and despite of having no benefits, the omnipresent dieting mentality remains to be the norm.

Most diets fail most of the time. Repeated diet failure is a negative predictor for successful long term weight loss. Chronic dieters consistently report guilt and self-blame, irritability, anxiety and depression, difficulty concentrating and fatigue. Their self-esteem is decreased by continuous feelings of failure related to “messing my diet up again”, leading to feelings of lack of control over one’s food choices and further … life in general. Dieting can be particularly problematic in adolescents and it remains a major precursor to disordered eating, with moderate dieters being five times more likely to develop an eating disorder than those who do not diet at all.

The Potential Harmful Effects of Dieting

Aggressive dieting lowers the base metabolic rate, meaning one burns less energy when resting, resulting in significantly lower daily needs in order to sustain achieved weight after the diet is over. Returning to normalized eating habits at this lower base metabolic rate results in commonly seen post dieting weight gain. Biologically, dieting is perceived as harmful and physiology readjusts trying to get back to initial weight even after years since the initial rapid weight loss. Recent data examining 14 participants in the “Biggest Loser” contest showed they lost on average 128 pounds and their baseline resting metabolic rates dropped from 2,607 +/-649 kilocalories/ day to 1,996 +/- 358 kcal/day at the end of the 30 weeks contest. Those that lost the most weight saw the biggest drops in their metabolic rate. Six years after the show, only one of the 14 contestants weighed less than they did after the competition; five contestants regained almost all of or more than the weight they lost, but despite the weight gain, their metabolic rates stayed low, with a mean of 1,903 +/- 466 kcal/day. Proportional to their individual weights the contestants were burning a mean of ~500 fewer kilocalories a day than would be expected of people their sizes leading to steady weight gain over the years. Metabolic adaptation related to rapid weight loss thus persisted over time suggesting a proportional, but incomplete, response to contemporaneous efforts to reduce body weight from its defined “set point”.

Dieting emphasizes food as “good” or “bad”, as a reward or punishment, and increases food obsessions. It does not teach healthy eating habits and rarely focuses on the nutritional value of foods and the benefit of regulated eating. Unsatisfied hunger increases mood swings and risk of overeating. Restricting food, despite drinking enough fluids, can leads to dehydration and further complications, like constipation. Dieting and chronic hunger tend to exacerbate dysfunctional behaviors like smoking cigarettes or drinking alcohol.

Complex entities like health and wellness cannot be reduced to the one isolated number of what we weigh or to what body mass index (BMI) is. Purpose and worth cannot be measured in weight. Dieting mentality tempts us into “If I am thin- I will be happy” or “If I am not thin-I am a failure” way of thinking but only provides a short term fictitious solution with long term harmful physical and mental consequences. Focusing on sustainable long term strategies for implementing regulated eating habits with a variety of food choices without unnecessary restrictions will make a comprehensive diet and maintaining healthy weight a true part of our “manner of living”.