OK Boomers! Increasing Rates of Substance Use Among Older Adults

Anyone born between 1946 and 1964 is a part of the Baby Boomer Generation. This generation is often defined as people born during the post–World War II baby boom, consisting of approximately of 76 million Americans. During the 1950s, 8% of the population was over the age of 65. By 2019, this number grew to 16.5%. By 2050, 22% of the US population will be over the age of 65 (over 1 out of 5). There will be 3.7 million centurions in the United States by 2050. So what does this have to do with substance use? Here are the facts: Most baby boomers in their younger years, smoked more marijuana and did more illicit drugs than any other generation. Many baby boomers indulged in early substance use, but as they reach middle age and retirement, many have continued to abuse alcohol and drugs, are getting arrested for drug offenses, and dying from drug overdoses.

Many older adults, now approaching retirement, were exposed to older peers and the events of the times, who were proud participants in a counter-culture movement. This anti-war, anti-establishment, and pro-experimentation with drugs, appeared to contribute to a more accepting view of the use of substances. The class of 1979 reported the highest level of drug use (over 50%), of any high school graduating class, before or since. For many Boomers, the use of alcohol, cannabis and other substances has continued through the years. With the aging of any generation, there are changes in health and one’s environment. With Boomer kids no longer around the house, the Boomer begins to lean more on old behaviors of the past, as a means of coping with physical, emotional, and mental concerns. With these concerns, come higher risk, and the possible onset of addiction.

Aging Boomers have a higher rate of accidental overdose than 18-45 year-olds. More members of this generation are dying from accidental overdoses than car accidents, the influenza or pneumonia. While the misuse of prescription medication is a major concern, 36% of Boomer admissions to drug treatment centers are for heroin abuse, 22% for crack cocaine, 12% for opioid painkillers, and 10% for methamphetamines. Over 10% of 50 to 64 year-olds are using illicit drugs. Despite these drugs, alcohol continues to be the most abused substance. For older adults, the proliferation for drug and alcohol use is based on their formative years. With continued use of substances, or rediscovering mind-altering substances, older adult bodies will be unable to handle or metabolize alcohol or drugs as he or she once did. Research studies indicate that if an older adult continues with this behavior, he or she will become one of the 5.7 million Americans over the age of 50, who will require substance abuse treatment.

Another significant factor, contributing to this boom with Boomers, is the massive focus on chronic pain in the U.S. and the subsequent spike in opioid prescriptions. Americans take more prescription painkillers than any other country. The U.S. contains about 4.4% of the world’s population, but is responsible for consuming over 80% of the world’s opioid use. Women of all ages, especially older women are drinking alcohol more often and using more drugs than ever before. According to the National Survey on Drug Use and Health, the rate of binge drinking among older women has increased from 6.3% to 9.1%. Rates of female Boomers abusing alcohol and developing dependency have doubled.

As any generation becomes older, the realities of aging begin to settle in. The combination of loneliness, isolation, chronic health conditions, depression and excess free-time may be leading older adults to abuse drugs and alcohol at higher rates. The total number is expected to reach 15 million by 2030. A Duke University study surveyed 11,000 people over the age of 50, and found a correlation between being separated, divorced or widowed and binge drinking.

What about mental health? One in four adults currently struggles with mental illness. Older adults are more likely to have experienced the traumatic loss of a partner, a close friend, and/or a family member. Loss can also come in the form of retirement, and how the very identity of what defined a person for so many years is now gone. The daily existence of boredom and a lack of structure become problematic. When these factors combine with the likelihood that many older adults use alcohol and experimented with drugs as teenagers and young adults, the result is a population vulnerable substance abuse.

If you feel that you are struggling with mental health issues and/or substance use, there is help. The majority of individuals with a substance use issue, 84%, also have a co-occurring mental health issue. For many, sobriety is not enough. An individual may need to see a therapist to resolved past issues, find healthier ways of coping, examine their distorted thinking which perpetuating the unhealthy behavior. Most importantly, substance abuse is not about an issue of character, morality, weakness or bad behavior. Mental health and wellness is deserved for all, especially with My Generation (cue music – The Who). 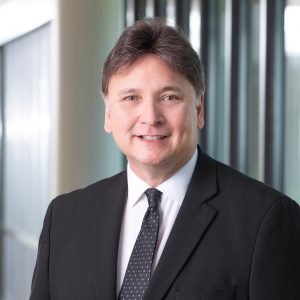